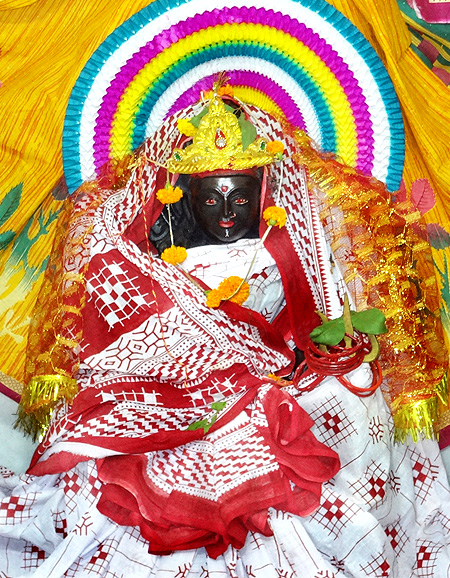 The Temple of Bata Mangala at Jagannath Temple Kolkata Complex.

Goddess Bata Mangala is also worshiped at the temple along with other deities of the Jagannath Temple Kolkata.

The temple of Bata Mangala is situated on side of the main temple of the complex. Several devotees observes Maa Mangala Brata every year in this temple.
About Bata Mangala Temple of Puri

Bata Mangala Temple is a temple dedicated to the Hindu Goddess Mangala. The temple is on the road leading from Puri to Bhubaneswar, on State Highway No.8 located 7 km away from the Hindu Holy town of Puri in the state of Odisha, India.

It is said that when Brahma first came into existence it was confused on seeing a great void all around him. The goddess Bata Mangala appeared to it guiding it to Lord Jagannath . Thus did Brahma gain its focus and proceed with the task of cosmic creation.

Bata Mangala of Puri is enshrined on the gateway to Srikshetra on Jagannath road. She is believed to guide the pilgrims to Srikshetra. She is worshiped in the mantra of Durga and is the same as Mahamangala, Sarva Mangala and Mangala. She is beautiful, two-handed and three-eyed goddess seated in padmasana with smiling face holding consciously pasa and ankusa. 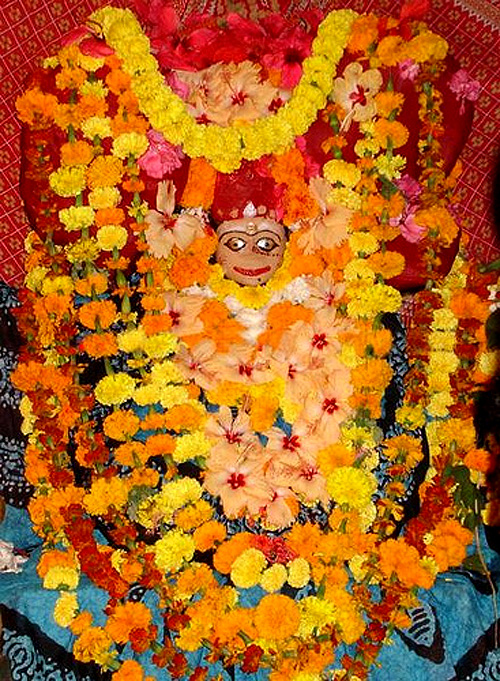